There has been a rise in the use of PDMs over recent years, mostly thanks to increased horizontal drilling in North American shale. Although PDMs are effective, they are at risk of stalling if torque levels exceed their operational limits.

Once a PDM stalls, the drill string needs to be lifted from bottom to allow the PDM to restart rotating. The string is then slowly returned to the bottom to resume drilling. This costs drilling time and money.

To avoid stalling, drillers limit drilling parameters, or use drill bits generating lower torque (roller cones). Whilst this does reduce stalling, it impacts on ROP and the completion time for the well.

NeoTork manages downhole torque and prevents PDM stalling. Any excess torque, from a peak on WOB or a change in drilling formation, is ‘stored’ by the tool. NeoTork contracts, automatically pulling up the drill bit to reduce depth of cut and allow drilling to continue without stalling the PDM. Running NeoTork when using a PDM allows optimization of drilling parameters as well as the use of more aggressive fixed blade drilling structures instead of roller cones, removing the risk of lost cones downhole. 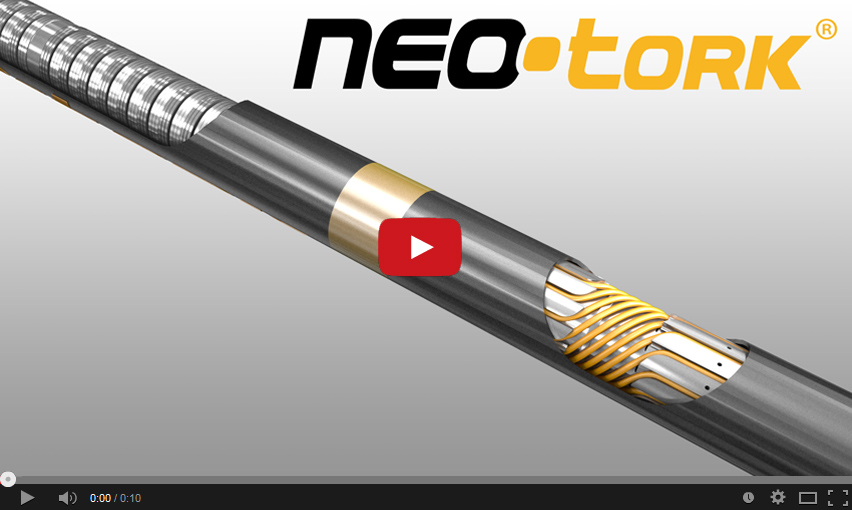